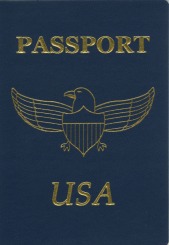 The day started off quickly – running around taking care of last minute things – buying cat food, changing the kitty litter box, completing my son Kevin’s Coast Guard Academy AIM application.  My sister Betty, brother-in-law Rick and friend Debbie arrived at my house 15 minutes early, which was a good thing since the cops pulled us over (and gave my husband, Dennis, our driver, a $135 speeding ticket) on the way to the airport.  There went our 15-minute head start!

Check-in at Baltimore-Washington International Airport was smooth and painless; that is, for everyone except Debbie, who had a slight luggage issue.  You see, we were going to be backpacking for 5 weeks through India, and we wanted to keep our packs at around 23-25 pounds each to make them easier to carry.  Well, instead of a backpack, Debbie’s stuff was in a rolling duffle, which “converted” into a backpack-type thing.  Great idea, except for one big problem: the thing was HUGE!  (Actually, there was a second problem, too!  When converted into a backpack, the apparatus became extremely awkward and cumbersome.)  Anyway, the duffle was so large, that Debbie was able to jam-pack it with tons of stuff.  When the airline weighed it for check-in, it was 5 pounds over the baggage limit of 50 pounds!  So, she had to start transferring stuff from her checked luggage to her carry-on.  During this transfer, it was discovered that, in addition to her clothes and toiletries, Debbie had packed drinking water (which had to remain in her checked luggage); a bunch of India travel books, which are always extremely heavy; and a first-aid kit that could have served the medical needs of a small hospital.   Finally, with everything rearranged so that the airline let Debbie slide by being only 1 pound over the weight limit, we made our way to our gate. 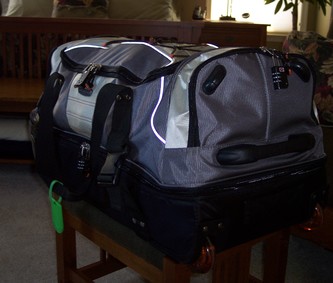 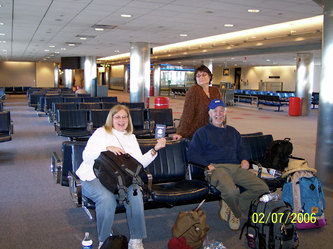 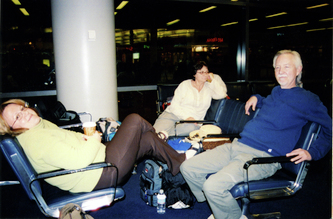 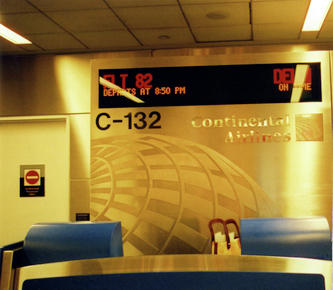 We had a 6-hour layover in Newark, N.J., which went by pretty fast.  To entertain ourselves while we were waiting to board our plane to Delhi, I took out my newly-purchased Freshette System, “the feminine urinary director for women of all ages,” and Debbie took out her Lady J “female urination device.”  Here is some information on the Freshette from their website:

Take it from me, the last sentence is VERY important.
"Freshette is a revolutionary modern restroom alternative designed to give women the freedom they deserve. The world-renowned Freshette, the original urinary director for women of all ages, is a must for outdoor enthusiasts, travelers and those with disabilities. The palm-sized trough and extension tube are discreet and easy to use. Protect yourself from unsanitary restrooms, wind, rain, cold, snow, insects, thorns, poison oak or ivy. Avoid the hassle of wheelchair transfer in restrooms, wobbly positions when boating, or difficulty providing lab samples. Nothing to wear, empty, or replace. The Freshette is environmentally sound, feather light, reusable, and comes complete with its own custom travel pouch." 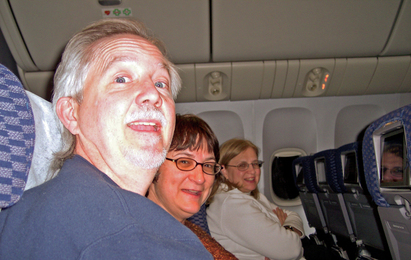 Rick, Betty and me on the plane from Newark, N.J., to Delhi, India.
It was a zoo boarding the plane to India.  So many people, the majority of them Indian.  We were in the very back – and I do mean very back – of the plane.  Sitting next to me – well, actually, there was an empty seat between us – was an Indian man, and we struck up a conversation.  His name was Hari Singh and he was a Sikh.  This is what I learned from Hari about the Sikh religion: Sikhs believe in one God. It was established in 1469 by the first Guru (there have been 10) in response to the Muslims trying to convert the Indians to Islam.  The Muslims greatly oppressed the Indian people, and the Indians rebelled by fighting the Muslims. This group of people started the Sikh religion. (It sounds like the Sikh religion has a violent past!) The Sikhs did away with the Indian caste system.

According to Hari, Sikh men and women are not permitted to cut their hair nor are the men allowed to cut their beards. My new friend told me that his beard was very long.  Though it didn’t look long, he “tucks it under [his turban] very neatly.” He winds his hair on top of his head and he then winds his turban on top of his hair.  Hari informed me that Sikhs also are not allowed to drink or smoke or eat meat, and they must always wear underwear.  They must pray at 3 a.m., so Hari gets up very early every morning.  I learned that Hari lives in Howard County, Md., and is a builder.  He was going to Delhi to visit his father.

[As an aside, After I returned from this trip, I found out that one of my ESL students, Francisco, worked for Hari in Maryland.  According to Francisco, Hari is a very successful custom builder of extremely high end homes, mainly building in Potomac.  Francisco remembered Hari taking this particular trip to visit his father who, at that time, was very ill and died while Hari was there.  As they say, it is a small world after all.]
Here is an amusing commentary on Sikhs, their hair and fingernails in general:

It is often argued that Sikhs do not cut their hair, so why do they cut their nails? Sikhs only cut the dead gray part of their nails, not the alive pink/red part. This is similar to combing and removing dead hair while retaining live hair. Just like we do not cut the pink/red part of our nails, why should we cut our perfectly live and healthy hair?

In addition, hair is not a hindrance to anyone. Because hair can be placed in a bun and kept clean and does perform a number of functions, it is only pragmatic to realize that hair is not bad. On the other hand, having long nails is a hindrance to the body. An individual with long nails cannot function and do everyday chores comfortably. In order to ensure that one can perform the tasks of everyday life, only the dead part of nails are trimmed.

In addition, whereas the hair grows from a tubular pit (hair follicle), formed by sinking in of the most actively dividing layer of the skin (stratum germinativum) into the lower dermis, the gray part of nails is only modifications of the upper dead layer (stratum corneum). Further, the base of every follicle bulges out forming an inverted cup, which receives blood capillaries for nourishment and nerve fibers to make the hair sensitive. An oil gland, known as sebaceous gland, opens into every hair follicle, the secretion of which lubricates the hair. A muscle is also attached to the base of every hair for bringing about movement. Pigments are added to the shaft of the hair as it grows. None of these features is associated with the dead part of nails.

Structurally, hair is extremely strong, and resists breaking due to its elasticity and flexibility. Strength of hair can be estimated from the following facts, a human hair laid on a bar of steel and then passed through a cold rolling mill would leave an imprint on the face of the steel. A hair of a man’s beard is about as strong as a copper wire of the same dimensions. If a rope were made out of strands of long hair, it would be strong enough to lift an automobile. Dead part of nails, on the other hand, are very brittle and rigid, breaking off easily. Hair are countless, thereby increasing the surface area, as if to meet a specific requirement.

The differences between the two do not end with the structural features. Even the body’s response towards the two is totally different. Our body, throughout life, tries to maintain a particular length of hair. And if the hair is cut anywhere, the body responds by growing it again to the specific length. It clearly indicates the link of the body with the hair all along its length. The body shows no such response to the nails, which grow from birth to death at the same rate, irrespective of whether cut or not. It follows, thus, that cutting of the dead part of nails does not tell on the body at all, whereas, cutting of hair puts extra load on the body. To sum up, if there is anything on the head that can be compared with the dead part of nails, it is either dandruff or dead hair which are removed by combing!

Nature knows best what to discard or retain. Whatever is retained is not without purpose. Hair is a gift from God, not a burden. Guru Gobind Singh Ji, in his infinite wisdom, commanded us to respect hair and refrain from tampering with it. This is the visible token of his affection for us, as well as our faith in him.

NEXT: DELHI TO COCHIN, INDIA