I woke up this morning and thought that the light had finally started working in our bathroom (it had not worked since we got to the hotel). But, it was the sun shining brightly through the bathroom windows. I looked at my watch, and it was 6:30 a.m. I couldn’t believe that I had slept almost through the whole night; I had to get up only once. It was the best night’s sleep I’ve had in ages!

The sunshine was glorious. I took my camera and walked down to the ocean. I waded in; the water was very pleasant – not hot, but definitely not cool. My first time in the Indian Ocean! I saw thousands of cute little crabs scurrying along the sand. Armed guards patrolled the hotel's beach, and one of them followed me – at a distance – everywhere. I guess this should have been reassuring, but it was actually quite disconcerting.

After showering, Betty and I went to breakfast. It was the same thing as yesterday, except we also had bacon. It looked more like Canadian bacon, but was absolutely delicious. So far, the food has been superb, and neither of us has gotten sick.

After breakfast, we packed up and left the beautiful Bahari Beach Hotel around 1 p.m. Moses picked us up in our own “city bus,” complete with a driver and two African “porters.” The ride into Dar was treacherous. The two-lane roads were packed with vehicles and people. Tanzanian drivers are a hundred times worse than anyplace in America. I laughed when I saw a sign for the Kilimanjaro Driving School. What a joke!

The poverty on the outskirts of Dar is overwhelming. No man seems to work – they are either sitting in groups under a tree or walking along the road. It seems that most of the children don’t go to school, as they are always playing or running around hovels – houses or shops. You can find anything in one of the thousands of shacks that pass for shops lining the road – from soccer balls and Q-tips to the most hideous furniture and
sacks of flour and concrete. The further into town one goes, the less poverty there is. But there is little affluence.

We passed by a military training ground where there were groups of men (probably 50 or more per group) lined up doing military drills. We were told they were new recruits. They all had their shirts off and had the blackest skin. Their drills were in very plain sight of the road and the thousands of people walking along it – not an accident, I’m sure. Photographs of the military are taboo, so as much as I was tempted, I didn’t take any.

In Dar we went to the Exchange Bureau to get some more Tanzanian Shillings. Then we got lunch for the train – from Subway!! (My family would be thrilled.) We walked through downtown Dar es Salaam – what a fantastic city. It is so vibrant and alive!

We arrived at the train station shortly after 3 p.m. We missed the mad rush, but it was still a zoo. All of our gear (me, Betty, Gail, Christy, Susan, Matthew and John) took up three large carts. A man from the train station pushed two carts, and when another man tried to take one from him to push, a fight nearly broke out between them. Thankfully, Moses intervened and a scene was averted. We finally made it to our car – it’s near the front.

We have three compartments in first class – Betty and I in one, the other girls in the second, and the guys in the third. We had a bit of a panic when we couldn’t locate Betty’s duffle bag, but we then found it in a storage area above the door to our compartment. Apparently one of the porters had stuffed it there without our knowledge. WHEW!

The train left the station about 4:15 p.m., and we passed through the outskirts of Dar –a part of the city I hadn’t experienced before. There were so many children lining the train tracks for miles, running alongiside the train and waving at us sticking our heads out through our train windows. The communities along the tracks are very poor, but extremely interesting. The Tanzanian people really do just live from day to day.

I saw my first wild animal from the train: a monkey sitting on what was left of the roof of a ramshackle hut. I was thrilled!

There are a handful of other white people on the train, but I think no other Americans. 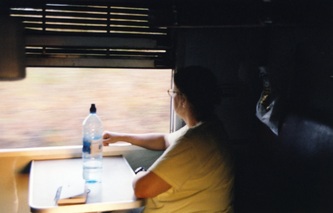 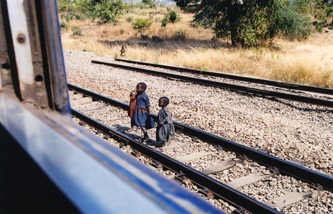 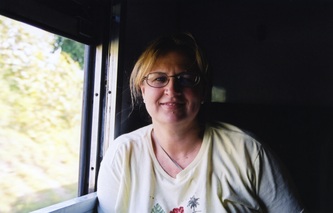 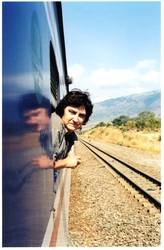 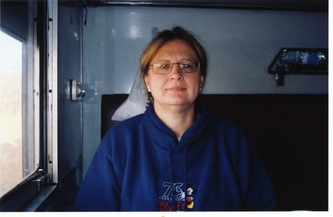 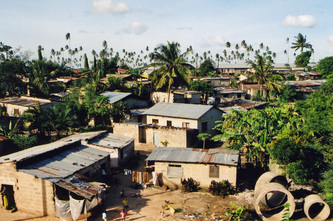 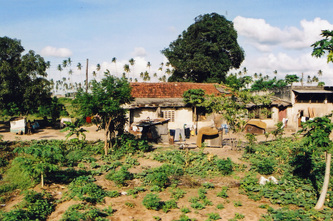 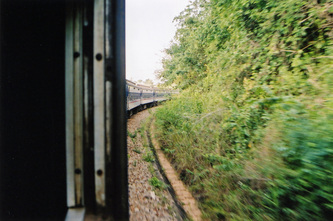 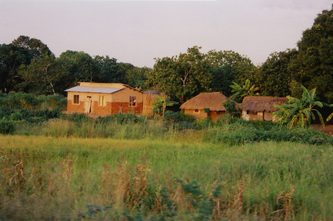 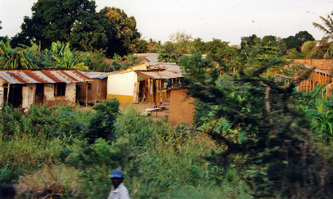 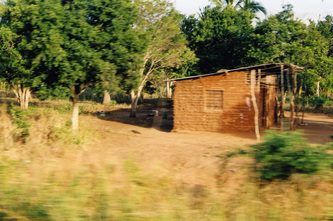 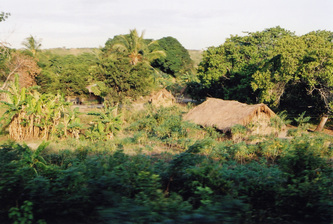 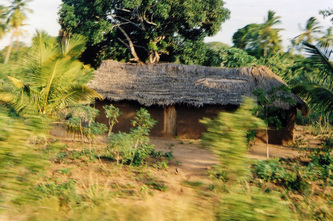 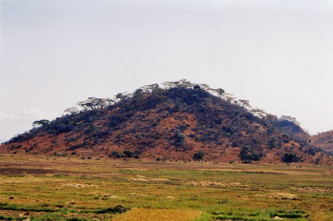 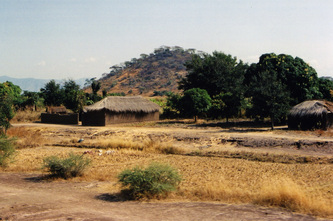 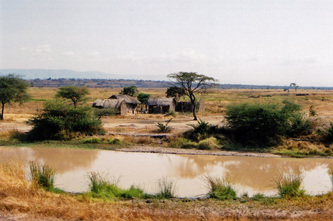 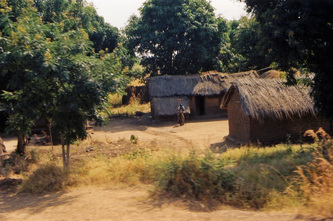 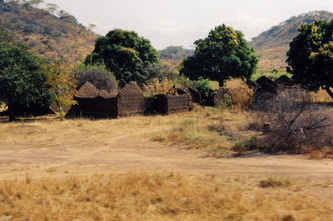 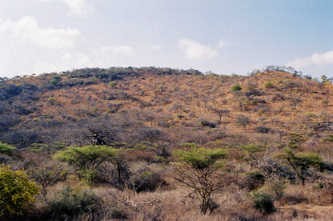 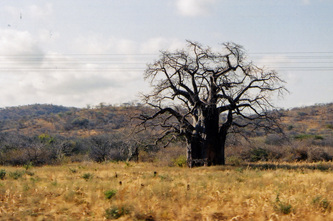 As the train moves along the tracks, we enter first the jungle and then the bush (or at least kind-of). We pass village after village, each one becoming more and more primitive. We see huts made of mud or tree branches with thatched roofs. Sometimes one stands alone or with two or three others, and sometimes there are one or two dozen. Even out here the women’s clothing is colorful and very beautiful.

Betty and I had an African woman try to come into our compartment to stay, but we chased her out. These Africans are not shy!

Dinner was chicken (scrawny, as usual), rice and spinach. It was actually pretty good.

Night has fallen and Betty has gone to the bar to drink. Me… well, I’m going to enjoy the breeze coming in through the open window of this blackest of African nights.