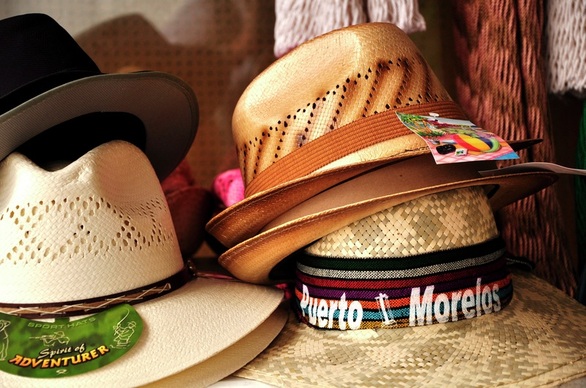 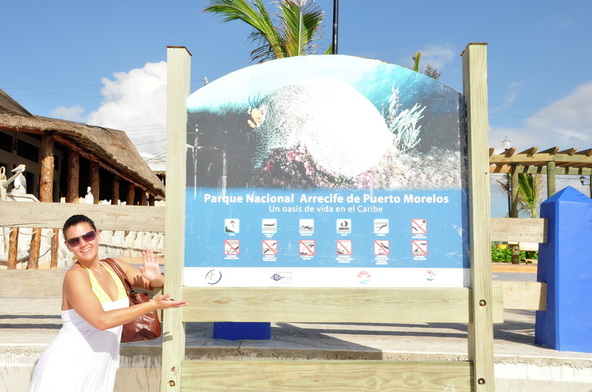 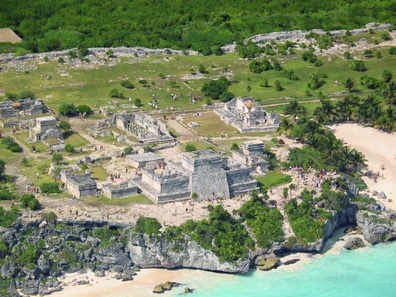 I drove to Tulum, about 2 hours from Puerto Moreles. Kathleen stayed back at the house because she wanted to get as much time in the sun as possible. Parking near the ruins is no longer allowed, so I parked in a large asphalt lot that was surrounded by small shops selling touristy souvenirs and restaurants. Shuttle buses ran from the parking lot to Tulum, but I decided to walk instead. It was super hot and humid, and I was already sweating buckets by the time I finished the 15 minute trek to the ruins.

I absolutely love ruins, so Tulum was really cool. However, most of the ruins were roped off, so I couldn’t explore; only stop and look. That was a major bummer! The heat and humidity were getting worse by the minute, and I was extremely uncomfortable. I could feel the heat emanating from my whole body, and when I at last was able to look in the mirror, my face was bright red. Salty sweat was dripping into my eyes and stinging them, and my hair was plastered to my head.

Worse than anything, though, were the mosquitoes! I have never been bothered by them and have had probably less than 10 mosquito bites my entire life. But I couldn’t escape them at Tulum. My arms and legs were covered with them, and they were biting! Thankfully, I didn’t have an itchy reaction to the bite, but they were still extremely annoying.

Tulum is the site of a Pre-Columbian Maya walled city serving as a major port for Coba, a large city – now ruined – of the Pre-Columbian Maya civilization, located about 44 kilometers northwest of the site of Tulum. The ruins of Tulum are located on 40-foot cliffs, along the east coast of the Yucatán Peninsula on the Caribbean Sea in the state of Quintana Roo, Mexico Tulum was at its height between the 13th-15th centuries and managed to survive about 70 years after the Spanish began occupying Mexico. Old World diseases brought by the Spanish appear to have been the cause of its demise.

The Maya site may have been formerly also known by the name Zama, meaning city of Dawn. Tulum stands on a bluff facing east and the Caribbean Sea. Tulúm is also the Yucatan Mayan word for fence or wall (or trench), and the walls surrounding the site allowed the Tulum fort to serve as a defense against invasion. Tulum had access to both land and sea trade routes and which made it an extremely important trade hub, especially for the obsidian trade. From the numerous depictions in murals and other works around the site, Tulum appears to have been an important site for the worship of the Diving or Descending god. Tulum also has some underwater caves that you can go snorkeling and many other attractions. Almost directly east of Tulim are the Cayman Islands, Cuba, and Jamaica

Tulum was first mentioned by Juan Díaz, part of Juan de Grijalva's spanish expedition of 1518. Juan de Grijalva and his men are the first Europeans to spot Tulum. The first detailed description of the ruins was published by John Lloyd Stephens and Frederick Catherwood in 1843 in the book Incidents of Travel in Yucatan. Stephens and Catherwood first visited Tulum in the mid-19th century AD. As they arrived from the sea Stephens and Catherwood first saw a tall building that impressed them greatly. This was most likely the great Castillo of the site. They made accurate maps of the site’s wall and other buildings while Catherwood made some stunning sketches of the Castillo, along with others, which would have been as close to a photograph as possible at the time. Stephens and Catherwood also discovered an early classic stele (a stone slab, generally taller than it is wide, erected for funerals or commemorative purposes) at the site that had an inscribed date of AD 564 that was most likely brought in from a nearby town to be reused.

Work conducted at Tulum continued with that of Sylvanus Morley and George P. Howe beginning in 1913. He worked to restore and open the public beaches. The work was continued by the Carnegie Institution from 1916 to 1922, Samuel Lothrop in 1924 who also mapped the site, Miguel Ángel Fernández in the late 30s and early 40s, William Sanders in 1956, and then later in the 1970s by Arthur G. Miller. Through these investigations done by Sanders and Miller it has been determined that Tulum was occupied during the late Postclassic period around AD 1200. The site continued to be occupied until contact with the Spanish was made in the early 16th century with the site being abandoned completely by the end of the 16th century. 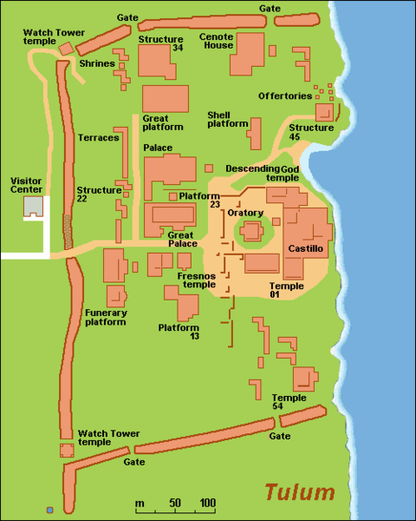